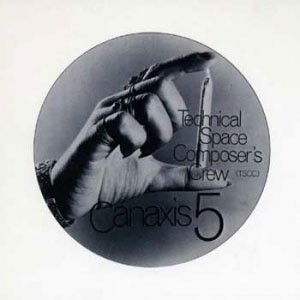 Upon examining the eventful life of Can bassist Holger Czukay, one might conclude that this intrepid musician was a loner. His turbulent career exuded an enduring eccentricity governed by a boundless free spirit. Yet Czukay, who passed away unexpectedly last year at the age of 79, constantly emphasized that his creativity was always contingent upon a musical partner, whether that was a skin-and-bones counterpart or an anonymous manifestation that interacted with him through radio waves or, as happened later, the internet. Nonetheless, most of his partners were of flesh and blood.

His oeuvre, which is in itself cinematic in nature, boasts a cast worthy of a Martin Scorsese film. Only the most interesting character actors were cast: Brian Eno, Phew, Rolf Dammers, David Sylvian, Annie Lennox, Jah Wobble, his Can bandmates… the list could go on and on.

Many of these masterpieces are now out of print, so Groenland Records, who already released the highly acclaimed retrospective ‘CINEMA’ to mark the occasion of Holger’s 80th birthday at the beginning of the year, has taken it upon themselves to release reissues of Holger’s music in order to make it accessible once again.