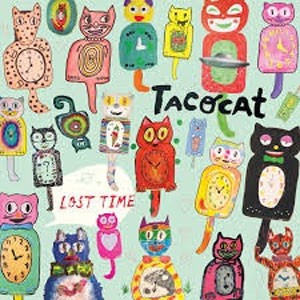 Tacocat’s third studio album, Lost Time (an X-Files reference, doy), is their first with producer Erik Blood. “I would describe him generally as a beautiful wizard,” Nokes said, “who, in our opinion, took the album to the next level. Wizard level.” Blood’s sounds are wide and expansive, bringing a fullness to the band’s familiar sparkling snarl. The Tacocat of Lost Time are triumphantly youthful but also plainspoken and wise, as catchy as they are substantive. “Men Explain Things to Me” eviscerates male condescension with sarcastic surf guitar. On “The Internet,” they swat away trolls with an imperiousness so satisfying you want to transmogrify it into a sheetcake and devour it: “Your place is so low/Human mosquito.”
Recorded with known wizard Erik Blood at two separate Seattle locations.

TacocatThis Mess Is A Place