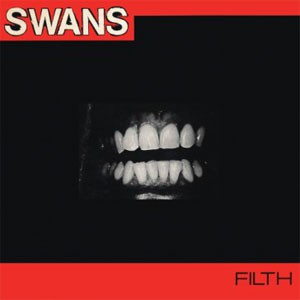 The first in a series of re-mastered catalogue reissues.

‘Filth’ was originally released in 1983. The album was recently described by Clash magazine as “a brutally exhaustive work swimming in a thematic pool of audacious abjection,” and by The Village Voice as “no wave with five years of practice, too messy for mysticism and too funny for suicide.”