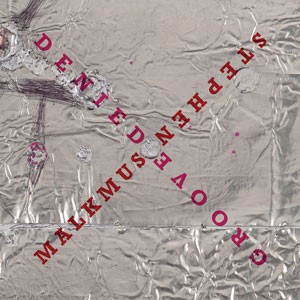 The rumours are true: the secret electronic album that Stephen Malkmus has been telling everyone about sees the light of day through Domino. But Groove Denied is not a full-blown plunge into EDM or hiptronica. In fact, there aren’t any purely instrumental tracks on the album. Every song is precisely that: a song, featuring Malkmus staples like an artfully askew melody and an oblique lyric. Groove Denied is Stephen playing hooky from his customary way of going about things, jolting himself out of a routine. As Malkmus commented, “It’s fun to mess with things that you’re not supposed to.”

The first taste of Stephen’s new groove can be sampled today, with the release of single ‘Viktor Borgia’, and its accompanying video starring Stephen alone in a dance club. The title playfully merges the name of the comedian-pianist and the ruthless dynasty of Italo-Spanish nobles. With its stately melody and the almost-English-accented vocal, the coordinates here are early Human League or even Men Without Hats. “I was thinking things like Pete Shelley’s ‘Homosapien’, the Human League, and DIY synth music circa 1982,” says Stephen, adding “and also about how in the New Wave Eighties, these suburban 18-and-over dance clubs were where all the freaks would meet – a sanctuary.”

Barry says: It's bloody brilliant this, with hints of post-punk garage and most of all 80's synth, Malkmus clearly shows his wealth of influence on 'Groove Denied', swinging from snappy grunge to 70's psychedelia without batting an eyelid. Though the diversity in sound shines through, it's not without the Malkmus charm, with his vocal prowess shining through the stylistic patchwork.