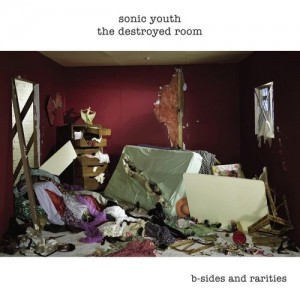 New York’s most influential avant-garde rock band, Sonic Youth, follow up their critically acclaimed 2006 release, Rather Ripped, with a special set sure to please fans and completists. The Destroyed Room: B-Sides And Rarities, a collection of near-hidden Sonic Youth gems hand-picked by the band, brings together songs from throughout the band’s tenure at Geffen Records. Focusing on tracks previously available only on limited-edition compilations, vinyl-only releases, or as B-Sides or international singles, The Destroyed Room also features material that has never before been released.

This deluxe, double-vinyl LP edition is being released on the band’s own Goofin Records imprint with a CD version available via Geffen

Sonic YouthGoo - Back To Black Edition