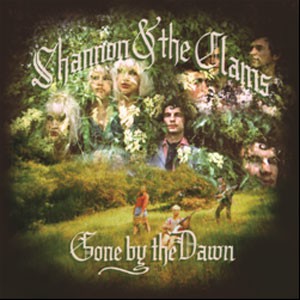 Gone by the Dawn, the newest Shannon and the Clams album, is their best work to date. The music is complex, the lyrical content is emotionally raw and honest, and the production is the strangest it’s ever been. The album was written as one member was recovering from a serious breakup and another was deep in one. The lyrics reflect it, and the entire album is dripping with sadness, pain, and introspection.

For Gone by the Dawn, the Oakland trio hooked up with studio wizard and renaissance-man Sonny Smith to record the album at Tiny Telephone Recording in San Francisco. Best known as the driving force behind San Francisco’s beloved Sonny and the Sunsets, Smith uses his refreshing production techniques to create an engaging sonic landscape without compromising the Clams’ signature Lou Christie-meets-The Circle Jerks sound. The Clams have evolved: their skills are sharper, their chops are tighter and weirder and they’ve added new instruments to the mix. A whole new dimension of the Clams has emerged.

Nowadays, it’s exceedingly rare for a two-and-half minute rock song to have raw emotional power, but with Gone by the Dawn Shannon and the Clams have gifted us an entire album of them.

"[Shannon] Shaw and [Cody] Blanchard have learned how to disassemble the parts and rebuild them in a way that sounds both classic and wild at the same time." - Pitchfork.

"A mélange of rhythms and harmonies from classic '50s pop salted with thick layer of East Bay grit." - SF Weekly.

"A nice balance of gritty, angry tunes...as well as cheerful jams for tearing up the dance floor." - BUST.

Shannon & The ClamsYear Of The Spider