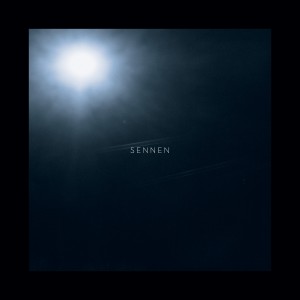 An expanded edition of the 2005 debut album by Sennen, hailed as a latter-day shoegaze classic, with seven bonus tracks, released on vinyl for the first time and remastered by Simon Scott from Slowdive. When Sonic Cathedral first started out as a club night in 2004, there were a number of bands around that reminded us of the stuff that had made us fall in love with music about 15 years earlier. In this so-called ‘nu-gaze’ scene, alongside the likes of Engineers and Amusement Parks On Fire, were an unassuming four-piece from Norwich called Sennen; they played lots of shows for us, and their mixture of melody and noise made them stand out.

Their debut album, ‘Widows’, was released on October 24, 2005 by the Hungry Audio label to great acclaim from websites such as Drowned In Sound, who, in their 9/10 review, described it as “enticing, invigorating and most importantly extremely enjoyable”. American webzine Somewhere Cold went even further, saying “they have produced what should become a classic in the genre… they have taken it to a new level with their patient compositions, influx of slowcore elements and incredibly talented instrumentation”. Sennen have gone on to release a number of albums, the most recent being 2016’s ‘First Light’, and their music has featured on big TV dramas such as One Tree Hill and True Blood. However, ‘Widows’, which never got a vinyl release, remained a much sought after time capsule of early noughties experimentation. Now, just over 15 years later, we are really proud to be once again shining a spotlight on it – releasing it on vinyl for the first time, as well as on CD and digitally.

The new, expanded edition doubles the original album with another seven contemporaneous tracks, many of which were live staples at the time, but have never been released before. The whole package has been painstakingly remastered by Slowdive’s Simon Scott, whose then band Televise were touring partners with Sennen back in the day.

Kathryn JosephFor You Who Are The Wronged