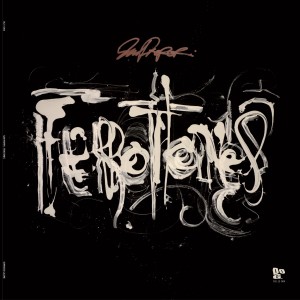 The inimitable San Proper returns with his second album “Ferotones” following up his debut 2012 long play smasher “Animal” (on Rush Hour). It’s been a tumultuous and colorful journey since, and although the sound might have changed, San still delivers a collection of songs off the cuff and straight from the heart.

The eight tracks collected here are odes to lost love, as San tries to win back the heart of that very special someone. Penned deep in the pit of emotion, San recorded the songs in only a handful of sessions. With the assistance of Amsterdam stalwart and Safe Trip regular Darling, San could lean more towards the wavey guitar sounds and danceable disco workouts he had in mind.

It’s certainly a varied, sincere and emotionally raw excursion. Starkly honest and utilizing, not hiding behind electronic production; these are proper songs in the most part, a departure from his more dancefloor-centric club arrangements. There’s disco, house, downbeat and punk-funk all tastefully sequenced across eight intimate and personal tracks.

Matt says: I've always loved San for his house productions, but this shows off a very different side of him. Sexy, funky, disco-leaning songs in the traditional sense. Some nice flurries of baggy downbeat and gloosy Balearica too. Well good!