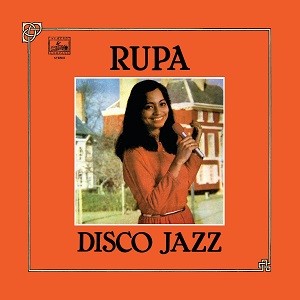 Barely disco and hardly jazz, Rupa Biswas’ music the halfway point between Bollywood and Balearic. Tracked in 1982 at Calgary’s Living Room Studios with a crack team of Indian and Canadian studio rats alike, both “Moja Bhari Moja” and “East West Shuffle” are the perfect fusion sarod and synthesizer. Remastered from original analogue source material and with permission and blessing of the producers and performers.

Matt says: “Moja Bhari Moja” and “East West Shuffle” are the perfect fusion sarod and synthesizer and should appeal to a wide audience of Balearic, disco and Indian music lovers. Rupa's legacy lives on!

GabrielsLove And Hate In A Different Time / Spanish Harlem