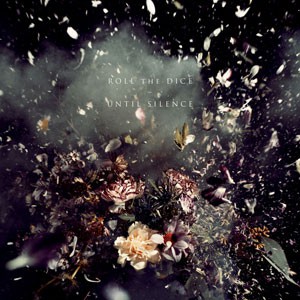 Until Silence is the widescreen-epic third album from Stockholm based duo Roll The Dice. A monumental shift in both sonics and psychogeography. The characteristic framework of piano and synthesiser is reinforced with a newly conscripted 26-piece string section to startling effect.

Roll The Dice are Peder Mannerfelt (who worked with Fever Ray and records as The Subliminal Kid) and Malcolm Pardon (who writes and records music for film and TV). The new chapter in an ongoing storyline which Pardon and Mannerfelt began crafting on their acclaimed 2010 self-titled debut: their protagonists now displaced from the factories of their last album In Dust, and cast into a Great War.

Bringing light and shade to electronic architecture, the album features a 26-piece string ensemble with arrangements by Erik Arvinder whose credit include Lykke Li, Robyn and Primal Scream. The cinematic sound of mechanised warfare: life, death, hope and devastation

Mastered and cut by Stefan Betke at Scape Mastering in Berlin who reworked tracks from In Dust under his Pole moniker for their 2012 EP In Dubs.

Roll The Dice will premiere tracks from Until Silence at this year’s Sónar festival in Barcelona, and the duo will appear at events around the world over the coming months. A formidable live proposition: waves of analogue sound coaxed from walls of vintage synthesisers, without a computer in sight.