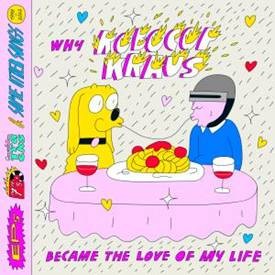 EPs, 7"s, Compilation Tracks and some other Songs 1998-2022. Long time no hear: after an extended hiatus and just the occasional gig, Robocop Kraus have rewired and reunited. They’re back in the game. Almost a quarter of a century has passed since the band was formed, a period which saw them release on labels like L’Age D’Or, Epitaph, and Anti. Now they have put together a compilation featuring all of the tracks which, for one reason or another, were not available on their regular albums, with an intriguing number of rarities and previously unreleased material.