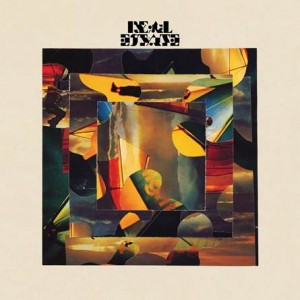 The brand new album delivers the band’s most inspired and self-aware set of songs to date, created over the course of a year at upstate New York’s Marcata Sound. Following his work on 2011’s Days, engineer Kevin McMahon returns as producer, and, for the first time ever, Real Estate have brought in outside instrumentalists and special guests like Sylvan Esso, whose vocalist Amelia Meath features on first single, “Paper Cup.”

Across the album’s 13 interrogative tracks – as full of depth, strangeness, and contradictions as they are lifting hooks – the band balances existential, environmental, and political anxieties with fatherly sentiments, self-satirizing lyrics, forever-lively guitar lines, and shimmering strings.

The Main Thing arrives with a fresh commitment the members of Real Estate - Alex Bleeker (bass), Martin Courtney (vocals, guitar), Matthew Kallman (keyboards), Julian Lynch (guitar, vocals), and Jackson Pollis (drums and drum programming) - have made to each other, 10 years and 5 full-length LPs into a career spent crafting unmistakable and influential palettes of sound. The band underwent a collaborative evolution for this album, which saw each member experimenting in new roles, and alongside Sylvan Esso’s Amelia Meath, Matt Barrick of The Walkmen, Aaron Johnston of Brazilian Girls and a string quartet all play on the record.

Barry says: Real Estate have always held a special place in our hearts, and certainly our racks, and 'The Main Thing' is just further unnecessary evidence that they will remain just as beloved for years to come. Soaring, hazy guitars and shimmering psychedelic progressions make the perfect backdrop for Courtney's longing vocals, forming a cohesive and immersive blanket to keep you warm. Lovely.