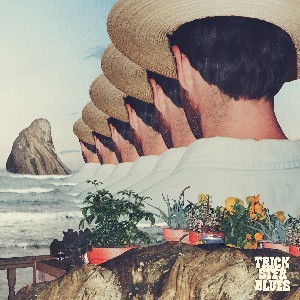 RF Shannon takes a drastic shift from the long form, pensive desert meditations of their previous record. “The process was a drastic shift from the one we took with ‘Jaguar Palace’ and I was hooked. It was a blast all of the time. We kept a quick pace due to external circumstances via random or otherwise inevitable interruptions, so we learned to take what we could get. If a take was good, it was a keeper, we didn’t second guess it. In just four days we had demoed the majority of my new material and it just felt so right.’’ explains Shane Renfro, the mind behind RF Shannon.

The final product of the seize the moment approach behind the writing and recording process echoes the themes Trickster Blues attempts to dissect. “The lyrics are about acknowledging consequences and saying "so what", the reward is worth the risk, etc. It's about feeling a pull, a calling, and dedicating to it hell or high water, whatever that may be. Its the heart of it all.’’ Renfro continues. To be able to listen and say “That’s it, that's the song. It is what it is, and we like what it is” Sounds a little underwhelming in that sense, but that's what I wanted. I just wanted the songs to speak for themselves. Our old material is challenging and dense, and I love it. I love the spaces we have created. But I wanted to record songs that could just stand alone and be what they are.''