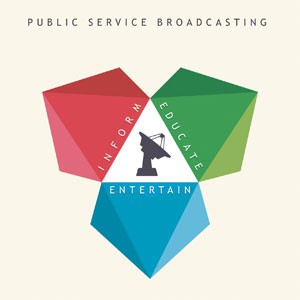 “They blend the voices of the past with the music of the present to astounding effect” Independent
“Genuinely original, innovating and amazing” Artrocker Best Electro Act 2013

Public Service Broadcasting release their debut album which will be accompanied by an extensive 46-date UK tour in February, March and May.

Taking in archive material from the BFI and StudioCanal along with classic American public information films (such as the brutal driving-safety messages found on single ‘Signal 30’), the album sees the corduroy-clad J. Willgoose, Esq. and his faithful drumming companion, Wrigglesworth, seeking to fulfil their mission statement over a wide range of subject matter and styles.

Through both the record and their uniquely spell-binding live audio-visual ‘Transmissions’, audiences will witness the band weave samples from these films around live drums, guitar, banjo and electronics, creating an array of diverse tracks. What emerges is, by turns, thrilling, moving, funny and powerful; or, if you will, informative, educational and - most of all - entertaining.

The Independent’s Simon Price said of the band : “In their love of history, and their understanding of the dignity of the wartime generation, they remind me of British Sea Power, although Stereolab are closer sonically. PSB are progressive without the florid ornamentation of Prog, dense and complex with not a semiquaver wasted. It's an industrious, diligent sound, and, in the flesh, surprisingly danceable: slamming chemical beats accompanied by old cine footage, providing a peculiar opportunity to party to Pathe news”