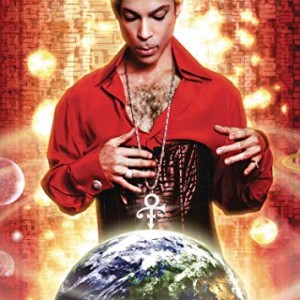 The definitive Prince reissue series continues with a first time on vinyl for three of his essential noughties albums, "Musicology", "3121" and "Planet Earth".
On its original UK release, Prince's 2007 album "Planet Earth" was available as a free covermount CD with the Mail On Sunday, or as part of a ticket deal for his 21 night live run at London's O2 arena. While this might have caused chaos amongst record stores at the time, it did ensure that a great late Prince album was heard by the widest audience possible. Where previous albums "Musicology" and "3121" predominently dealt with funk and R&B, "Planet Earth" is more of a mixed bag, as evidenced by its three singles, "Guitar", "Somewhere Here On Earth" and "Chelsea Rodgers".

A1. Planet Earth
A2. Guitar
A3. Somewhere Here On Earth
A4. The One U Wanna C
B1. Future Baby Momma
B2. Mr. Goodnight
B3. All The Midnights In The World
B4. Chelsea Rodgers
B5. Lion Of Judah
B6. Resolution