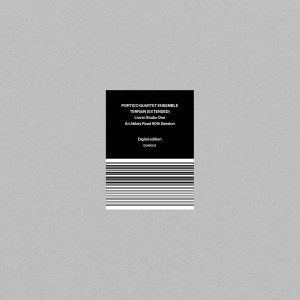 Gondwana Records and Portico Quartet announce a strictly limited edition collectors-item. Featuring an expanded version of their long-form composition Terrain and re-arranged for the Portico Quartet Ensemble and recorded live in Studio One.

Terrain (Extended) features an expanded version of the composition re-arranged for the Portico Quartet Ensemble – a subtle re-configuration of the band that features a string quartet - and which allowed for the composition's deeper textures and resonances to be fully explored, along the way expanding the dialogue between tranquillity and a subtly unsettling melancholy, that makes Terrain such a beautiful, powerful piece.

9th November 2021 was a very special session. The band (who had first recorded at Abbey Road for their second album Isla back in 2009), brought long-term collaborator, recording and mix engineer, Greg Freeman over from Berlin to work with Abbey Road's Chris Bolster and the resulting concert film Terrain (Extended) - Live in Studio One An Abbey Road 90th Session received it's world premiere broadcast on the Gondwana Youtube channel on Thursday 20th October. Now Gondwana Records is super proud to announce the ultimate collector's edition of this special recording. Limited to just 1500 individually numbered and stamped LPs and 1000 CDs.

Barry says: Portico Quartet perfectly accentuate their exploration into American minimalism from last year, with the tasteful addition of a string quartet. Through the addition of strings, it's helped Terrain move more toward the buoyant levity of their earlier work while retaining the arrhythmic drift of the original release. A wonderful reworking and a lovely looking release too.

SpaceheadsA Short Ride On The Arrow Of Time