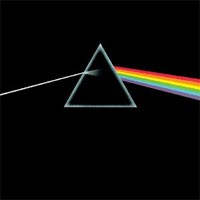 Originally released in 1973, 'The Dark Side of The Moon' became Pink Floyd’s first number 1 album in the US, remaining on the chart for 741 weeks between 1973 and 1988. One of the best-selling and most critically acclaimed albums of all time 'The Dark Side of The Moon' also introduced The iconic album cover artwork by Hipgnosis featuring a prism representing the band’s stage lighting, the record’s lyrics, and the request for a ‘simple and bold’ design.

Andy says: As everybody now knows and accepts, this is an amazing album from start to finish.

Pink FloydThe Piper At The Gates Of Dawn - Vinyl Edition