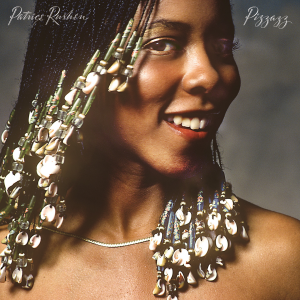 Strut reissue one of Patrice Rushen’s all-time classic albums for Elektra Records with an expanded 2LP edition of ‘Pizzazz’ from1979.

The album marked another progression in Rushen’s solo career as she broke through with the huge club hit ‘Haven’t You Heard’ and also featured on her LP cover with her trademark braids for the first time courtesy of stylist Sibongile Bradley and topphotographer Norman Seeff.

The album showcased Rushen’s famed talent for bringing the right musicians together, mixing more experienced players like drummer James Gadson and Bill Summers with younger talent including bassist Freddie Washington and drummer “Ndugu”Chancler. The tracks themselves were more spacious than on ‘Patrice’, released 18 months earlier. “It was the confidence of feeling that we didn't need quite as much in the arrangements, ”Patrice explains, “and the times were also changing in terms of what we liked, what we danced to and the kind of grooves that people responded to. With ‘Pizzazz’, we had the advantage of a rapport with radio and black press, which were both very powerful at the time.”

Alongside ‘Haven’t You Heard’, the album features many tracks that have become fan favourites over the years - the upbeat, carefree single ‘Let The Music Take Me’, the sweet ballad ‘SettleFor Me Love’ and a memorable duet with Roy Galloway, ‘Givin’ ItUp Is Givin’ In’.

Strut’s expanded reissue of ‘Pizzazz’ features loud cut bonus extended 12” versions of the album’s singles ‘Haven’t You Heard’ and ‘Let The Music Take Me’, alongside a previously unreleased instrumental version of ‘Givin’ It Up Is Givin’ Up’.