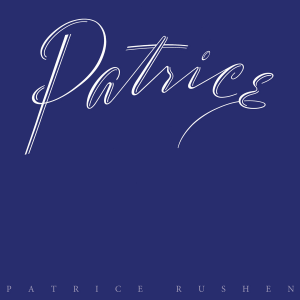 Strut revisit the early years of Patrice Rushen’s time with Elektra Records with the definitive 2LP edition of the ‘Patrice’album from 1978.

After a series of jazz funk albums on Prestige, Patrice moved to Elektra as the label tapped into the burgeoning sophisticated R&B  market at the tail end of the disco era. 'By this time, I had already made some great in-roads, made some great friends and picked up valuable knowledge which definitely paid off in terms of the music and the way the records sounded,' Patrice remembers. As a brilliant pianist, songwriter and arranger from a young age, Rushen was perfectly placed to bring the class and musicianship that the label needed and now also began to assume the role of lead vocalist for the first time. She enlisted the production prowess of high school friend Charles Mims, Jr. and long-time mentor Reggie Andrews.

Recorded at the newly opened Conway Studios in L.A., Patrice Rushen brought in heartfelt lyrics, vulnerability and messages of hope into her music for the first time on yearning tracks like "Didn’t You Know" and "When I Found You" alongside simply forgetting your troubles on the singles "Hang It Up" and "Play!". Clubs played an important part in the interest in her music. While her record label didn’t fully get behind her as an artist until the early ‘80s, influential club and black radio DJs consistently supported her and recognised Patrice as a unique talent. "Music Of The Earth" became an underground New York club favourite and Danny Krivit’s extended edit has endured in its own right, included here.

'So much of what happened with these records happened after they had come out, like years afterwards, as people discovered them,' reflects Patrice. 'but with this album, all of the things that I wanted to do were possible without limitation - the recording, the writing, the execution with the musicians, the production. Everything was, 'Okay, let’s do it.' And we did it.'

This definitive reissue of "Patrice" is released featuring bonus 12” versions of the album’s singles "Hang It Up!" and "Play", the popular Danny Krivit re-edit of "Music Of The Earth" and a previously unreleased version of "Didn’t You Know" from the original session tapes.

A1.Music Of The Earth
A2. When I Found You
A3. Changes (In Your Life)
A4. Wishful Thinking
A5. Let’s Sing A Song Of Love