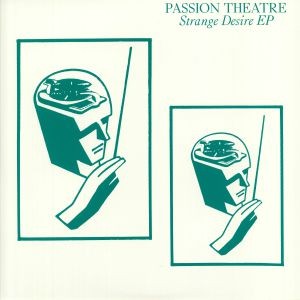 In 2018, Sean Worsey, a successful lawyer in California, began to receive some rather surprising emails. These were not from prospective clients, or about current cases he was working on, but rather queries from record collectors. They wanted more details about a pair of obscure, largely forgotten records he’d made in the mid 1980s as part of a virtually unknown band called Passion Theatre.

To say he was surprised is an understatement. “People from around the world were emailing, calling and messaging us about the music, particularly a track called ‘Vacation Day’,” he says. “Our records were rare and gaining in value, mainly because there were not many manufactured at the time. By 2019, several individuals in the music industry had emailed me about licensing tracks.”

Space Talk eventually agreed with Sean to include ‘Vacation Day’ on Charles Bals’ second compilation, Retour Au Club Meduse. Impressed with the quality of the compilation Sean approached them again to discuss whether they would be interested in reissuing both of his old EP’s in full, an idea he’d been considering for a few months already.

The original studio tapes were long gone but a friend of Sean’s had some mint vinyl copies which made the trip from California to use as the master source, restored and mastered superbly by Technology Works in London. The striking original artwork from the two EP’s has been faithfully reworked into a gatefold double vinyl LP by designer Asger Behncke Jacobsen and features extensive interview/sleeve notes by Matt Anniss.

In the words of Sean Worsey - “One of the nicest things about the renewed interest in our music is that we can now enjoy it for what it is - back then we were a bit too worried about succeeding.”

Patrick says: I'm not sure this could be any more relevant to my interests; Painfully obscure 80s synthpop, heavy on the groove, angular, art-ish and kinda flouncy in a Balearic way. In other words, it's my dream record. Buy it now or regret it later!