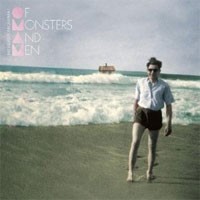 Crafting epic songs inspired by their amazing homeland, fairy tales and personal history, the band went from battle of the bands winners to the breakthrough act at this year’s Iceland Airwaves and SXSW festival. The bands self-released, first single ‘Little Talks’ to date has sold an impressive 400,000 copies and received 3 million views on YouTube.

Along with a penchant for crafting rising epic pop numbers ‘My Head is an Animal’ has beautifully delicate moments and signal a fully-fledged band destined to win the hearts of musical lovers worldwide.

Ryan says: A stern bit of icelandic pop right here, it's a bit folky but they manage to turn humble folk into a collection of sing-out-loud anthems. It's brilliant!

ErrorsHave Some Faith In Magic