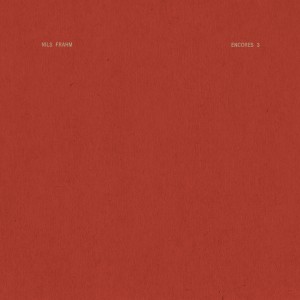 Nils Frahm announces the third and final instalment of his Encores series.

Barry says: if you enjoyed Nils Frahm's collab with Olafur Arnalds a few years ago (was it really THAT long ago?!) then this is the Encores for you! Percussive, more 'dancefloor' focused (as much as can be), and absolutely hypnotic, this is probably my favourite of the lot, and I have excellent taste. Lovely stuff.