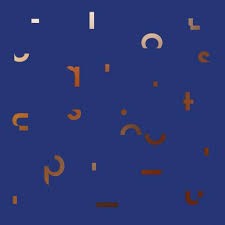 Nightports is based on a simple but unbreakable rule of restriction: only sounds produced by the featured musician can be used. Nothing else. These sounds can be transformed, distorted, translated, processed and reprocessed, stretched, cut, ordered and reordered without limitation.

Nightports w/ Tom Herbert is the third in a series of albums from musician-producers Adam Martin and Mark Slater to be released on The Leaf Label, following 2018’s Nightports w/ Matthew Bourne and 2020’s Nightports w/ Betamax.

Tom Herbert made his name as the bass player in Mercury Music Prize-nominated bands Polar Bear and The Invisible, and has become an in-demand collaborator and session musician, including work with Adele, Lana Del Ray and most recently The Smile. Having honed his craft holding the low-end down in some of the most forward-thinking British groups of recent times, and also appearing on some the biggest tracks of the last twenty years, Nightports w/ Tom Herbert brings Herbert’s command of the double bass into the spotlight.

As with all of Nightports’ work, the album rewards close listening. They stay true to their manifesto in maintaining the essence of the original recordings. The processing never masks the organic source material,at times demonstrating the physicality of the instrument with detailed recordings of complete takes - the sound of the room, the creaking of strings and Herbert’s measured breathing. At other times they build more abstract, atmospheric layers from the parts.