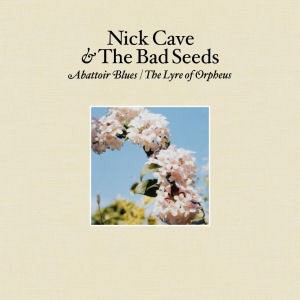 English guitarist and organist James Johnston joined The Bad Seeds for their thirteenth studio album ‘Abattoir Blues/The Lyre Of Orpheus’, which was released on September 20th 2004 by Mute Records, and produced by Nick Launay.

This masterful double album was produced by Nick Launay at Studio Ferber in Paris in March–April 2004 with Cave splitting drumming duties for the two parts, with Jim Sclavunos on ‘Abattoir Blues’ and Thomas Wydler on ‘Lyre Of Orpheus’.

The entire album was completed in twelve days, and notably, the last track on the album, ‘O Children’, was featured in the 2010 film ‘Harry Potter and The Deathly Hallows Part One’. The song is also referenced as an achievement in Lego Harry Potter: Years 5-7.