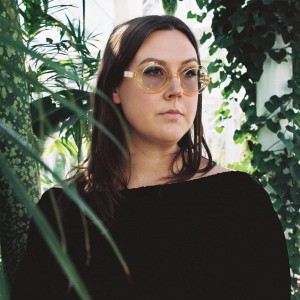 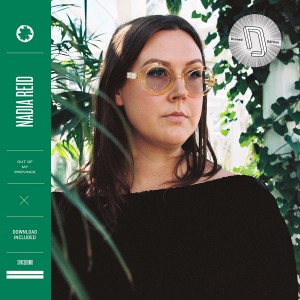 No one ever got anywhere by standing still. As an artist, you must move to grow. It’s a sentiment Nadia Reid knows well. Leaving her beloved New Zealand for America to record her third album with strangers, what she didn’t expect was a family awaiting her; teaming up with Spacebomb, her evocative travel tales push explorations of love, personal growth and deep reflection beyond boundaries she ever thought possible.

Out of My Province further marks Nadia’s wildly expanding trajectory, this time from outside her comfort zone. Nadia packed up for Spacebomb studios in Richmond, Virginia with long-term “musical rock” and guitarist Sam Taylor. They were joined by joined by the Spacebomb house band - Cameron Ralston (electric and upright bass), Brian Wolfe (drums) Daniel Clarke (organ, piano, and keys), and producer Trey Pollard, who would arrange strings, horns, piano and Rhodes to give the album a depth in sound Nadia had always imagined. “As an artist, progression is key. I want to always be changing, pushing boundaries, to feel growth. It’s good for us,” Reid says.

“Out of My Province is definitely a travelling album; they are road songs,” tells Nadia, written during a period of intensive touring following the release of her critically acclaimed LP, Preservation. “I felt inspired while I was moving and playing most nights. Sometimes good. Sometimes hard – there was this term I came up with called ‘digging for gold’ where some nights, you’d need to dig deeper for that feeling. During that time I felt really alive and useful.”

Completed back home in her hometown of Dunedin, first single “Best Thing” is a "song is about relationships, childhood and nostalgia. It is about intimate love and about the love between a mother and a daughter." The video was directed by Charlotte Evans and shot on film in locations around her neighbourhood including Tunnel Beach, the Railway Station and Botanic Gardens, starting at 6 AM in wintertime. "Dunedin is full of places that will flaw you with its natural beauty." reveals Reid, whose new songs act like postcards back to Port Chalmers.

The album takes its title from an interview with one of Nadia’s favourite New Zealand authors, the late Janet Frame, in which the interviewer asks if she has considered the supposition that she is one of the greatest writers of the twentieth century, to which Frame uncomfortably replies, "That question doesn't reach me. It's out of my province." Explains Nadia, “I was so moved by her response for some reason. I am enamoured by her books. I can re-read them at any time and take such comfort from them. So ever since... out of my province. That phrase has never left me.”

Nadia ReidListen To Formation, Look For The Signs