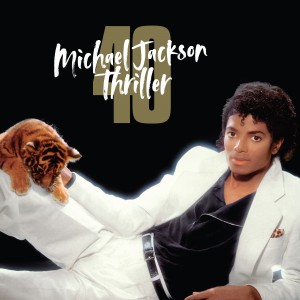 'Off The Wall' was a massive success, spawning four Top Ten hits (two of them number ones), but nothing could have prepared Michael Jackson for 'Thriller'. Nobody could have prepared anybody for the success of 'Thriller', since the magnitude of its success was simply unimaginable - an album that sold 40 million copies in its initial chart run, with seven of its nine tracks reaching the Top Ten - "Wanna Be Startin' Somethin'", "The Girl Is Mine", "Thriller", "Beat It", "Billie Jean", "Human Nature" and "PYT (Pretty Young Thing)". This was a record that had something for everybody, building on the basic blueprint of 'Off The Wall' by adding harder funk, hard rock, softer ballads, and smoother soul - expanding the approach to have something for every audience. It's all Thriller, no filler!