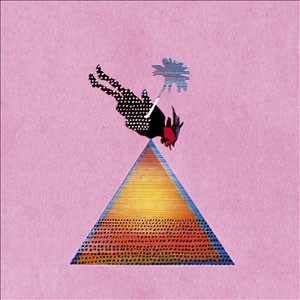 Finally! The horn-wailing, mic-swinging, percussion-overloaded, call-and-response explosiveness of the Melt Yourself Down experience is captured on plastic in all its sweat-drenched fury
This Record Store Day exclusive LP was recorded at MYD’s sold out show at The New Empowering Church in east London late last year: “the house band from hell” in the house of GodA raw and ragged document of sweet sonic violence in a small room, it’s a strobelit snapshot, warts and all, captured for you

MYD twist jazz, punk, funk and afro-beat into strange and brilliant new shapes
They’ve kept raising their game since the release of their self-titled debut album in June 2013 (appearing on Later… and hitting the album of the year charts in Rough Trade, Time Out and more), and will appear on festival stages throughout the land this summer. The campaign begins with shows at SXSW and in New York in March, and club nights with MYDJs will follow ahead of the festivals - all confirmed dates below. Strictly limited edition Record Store Day vinyl LP (900 copies for the world) also includes a download of the live album. The LP is packaged in a new, dayglo variant on the already iconic album artwork. MYD have already started work on their second album. Don’t take your eyes off them

Melt Yourself DownBorn In The Manor

Melt Yourself DownPray For Me I Don't Fit In

Melt Yourself DownLast Evenings On Earth