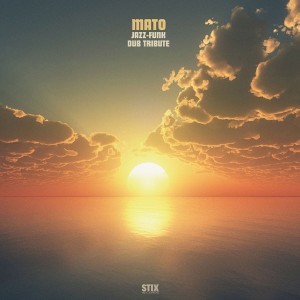 Mato’s back with on Stix with “Jazz-Funk Dub Tribute”, a new project by the French producer with exclusive dub versions of some of the most famous jazz-funk, soul-jazz, funk & fusion tracks.

After the amazing success of his “Summer Madness / Maiden Voyage” single, respectively covering Kool & The Gang and Herbie Hancock, Mato got deeper within the American black music repertoire. He worked on tracks that can be considered as serious classics of the jazz-funk scene.

We all remember the melodies from Eddie Henderson ("Inside You"), WAR ("The World Is A Ghetto"), Weather Report ("Black Market"), Deodato ("Caravan"), Grover Washington Jr. ("Loran's Dance"), Barry White's Love Unlimited Orchestra ("Midnight Groove"), Herbie Hancock ("Maiden Voyage"), The Meters ("Cissy Strut") or Lonnie Liston Smith ("Visions Of A New World"). Imagine them reworked and tailored by the modern dub master. Needless to say, Mato, who’s playing most instruments and synthesizers, did a fantastic job and you’ll be blown when hearing these versions.

Starting his reggae production career in 2006, Thomas Blanchot (aka Mato) has released music through various projects on EDR Records, Big Singles or Makasound... In the meantime, he developed a real trademark: taking over classic French, hip-hop, OST, classical or pop songs, into roots reggae-dub new versions. Besides, since 2010, Mato has built a solid reputation thanks to his hot remixes of hip-hop classics on Stix Records. Last year he also released “Scary Dub”, which focused on scary movies' soundtracks.