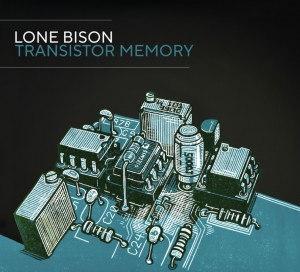 An incredible 13 track, electronic project for Ramsgate UK based Nick Bonell. Inspired by a love for ‘70s German electronic music and the current golden age of synthesizer based film soundtracks, it’s key theme as Nick says is “Repetition. I just like to lose myself in interlocking arpeggios which transport me away from the stresses of the day job. The tunes came out of me moving increasingly away from guitar and towards using hardware synths like the Korg MS20, and, having made music as part of a band or a duo- I fancied something solo this time. The album was recreated very quickly, often with single takes and carefully choosing times when the family and neighbours were out!”

Hugely recommended to fans of Tangerine Dream / Klaus Schulze or Edgar Froeses’ solo work as well as Cluster and lots on (label favourite) Sky records’ output. Musically, the album is wonderful but the sleeve is pretty neat too; Nick adds “I will be forever grateful for the amazing linocut cover art by Ieuan Edwards aka The Black Gold Press. I originally asked if I could use an existing print, but he insisted on a bespoke piece and chiselled lino all night to turn around the print in 24 hours. Then Jules Bigg (one of the original team behind the launch of Ramsgate Music Hall) did the photography and graphic design, the man is a wizard. I am truly lucky to live in an area where, if you chuck a rock in the air, it will land on an artist or musician. I had pretty much given up on making original music, after the untimely death of my songwriting partner some years ago. However, living in an area where new venues have mushroomed and great gigs are so plentiful, has inspired me to dig out the synths and fx pedals again”.

Released in a one time pressing only of 500 with insert cards carrying more of Ieuan and Jules’ work, the album is released by Polytechnic Youth in December.

Barry says: This is just superb, a rich and beautiful collection of krautrock-inspired jams. Twinkling arps all slightly off-kilter and saturated into a wonderfully organic juxtaposition of glitchy filter artifacts and blissful, euphoric melodies.

Various ArtistsBirth Of A Nation - Inevitable Records: An Independent Liverpool 1979-1986