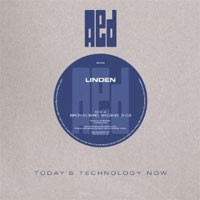 Linden is Joe McAlinden, a name from the 90’s still much loved by his loyal aficionados. Joe was the main man in Superstar, a former Creation band, contemporaries and great friends with Teenage Fanclub. Joe grew up in Lanarkshire, was schoolboy pals with Norman Blake, with whom he used to listen to Orange Juice records. Following a self imposed hiatus, James Endeacott invited Joe into the AED fold. He is currently finishing off recording his album with Edwyn Collins and Sebastian Lewsley at West Heath Studios, due for release in early 2012. The album features Joe’s unique vocal style, lush arrangements and contributions from Paul Cook on drums and James Walbourne on guitar.

A Side: Brown Bird Singing
AA Side: If I Had Wings