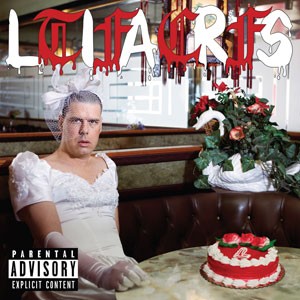 Liars have, as a matter of course, sounded radically different with each album, pursuing new concepts and occupying diverse mindsets. On this, Liars’ eighth studio album, the bustling backdrops of Los Angeles, Berlin and New York have been replaced with a presence far more intimate and autobiographical as Liars once again boldly step out of their comfort zone into vastly new musical territory.

Following an amicable parting of ways with Aaron Hemphill, Liars is now Angus Andrew, who decamped to his native Australia, specifically to a remote part of the Australian bush, to create an album unlike any Liars had attempted before.

The album’s reinvention of the Liars paradigm – blurring the lines between electronic and acoustic, between the experimental impulse and the addictive pop sensibility – is evidence that Angus’ creative energies remain as healthy as ever, even given the upheaval within the group.