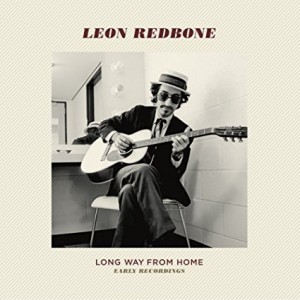 Third Man Records is proud to announce the forthcoming releases of Leon Redbone’s Long Way From Home, the never-before-released earliest known recordings of the mysterious performer. Redbone’s career has spanned over four decades and began with his earliest performances on the folk festival and club circuit. His numerous appearances on The Tonight Show with Johnny Carson and Saturday Night Live and other outlets catalyzed his rise to international recognition. Over the ensuing years he has appeared throughout North America, Europe, Australia and Japan and released thirteen albums of his unique music, a panoply of early music styles that he delivered with his singular laconic idiosyncratic style.

A true champion of early American ragtime, blues and jazz, Leon Redbone has spent a lifetime preserving that musical tradition while exposing successive generations to a rich musical heritage of which they might not otherwise have become aware. Recorded in 1972 by Dave Benders for WBFO Radio at the University of Buffalo and features some of the first Leon Redbone recordings.

Long Way From Home was never released commercially and will finally be available in CD, LP and digital formats for all to enjoy.