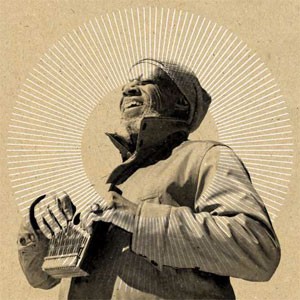 A collection of brand new studio recordings, recorded by Davey Jewell (Peaking Lights / Flaming Lips) and mixed by Carlos Niño (Leaving Records). A magical mixtape of tracks that run the full gamut of Laraaji music, from blissed-out percussive jams to reflective vocal hymnals to trance-inducing drones. A perfect Laraaji entry point on his never-ending creative journey through inner light. Available as an 8-track double vinyl LP (with digital download card) and 10-track double CD with ‘Bring On The Sun’ on the first disc and a bonus disc of ‘Sun Gong’, the previously vinyl-only pre-cursor to the main album.

Laraaji is a musician, mystic and laughter meditation practitioner based in New York City. He began playing music on the streets in the 1970s, improvising experimental jams on a modified autoharp processed through various electronic effects. Brian Eno saw him playing one night in Washington Square Park and invited him to record an album for his seminal ‘Ambient’ series (‘Ambient 3: Day Of Radiance’, released in 1980). Laraaji went on to release a prolific series of albums for a wide variety of labels, many of which he recorded himself at home and sold as cassettes during his street performances.

In recent years he has had his career celebrated extensively, with two All Saints retrospectives - ‘Celestial Music 1970-2011’ and ‘Two Sides Of Laraaji’ - as well as reissues on Glitterbeat and Leaving Records / Stones Throw. He has also collaborated with a new generation of underground musicians such as Sun Araw - their recent album ‘Professional Sunflow’ (Superior Viaduct) being the fruit of the live shows they played together in 2014.