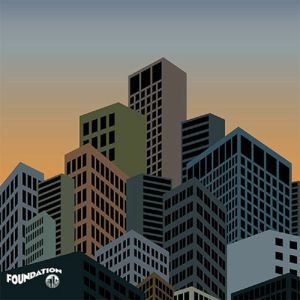 Once in a blue moon a singer comes along that stops you in your tracks, Lady Blackbird is one such talent. Dubbed by Gilles Peterson “the Grace Jones of jazz”, her album Black Acid Soul dropped in September 2021 to glowing reviews across the board from the likes of The Guardian and New York Times.

One of the standout tracks ‘Lost and Looking’ - a cover of Sam Cooke’s sparsely arranged original, where Lady Blackbird builds the track with her haunting vocal and sparkling piano notes performed by Deron Johnson, gets the rework treatment from none other than Colleen ‘Cosmo’ Murphy.

Released via Ross Allen, and long-time collaborator Andy Thompson’s Foundation Music, the Classic Album Sunday’s originator, co-founder of the Lucky Cloud System parties and David Mancuso protégé, turns in her ‘Cosmodelica Remix’ muscling up the track for the dancefloor, with a demon bassline, funk fuelled bass guitar, and cosmic acid lines. There’s also a dub for those who prefer a more stripped down but equally pumping affair.

Matt says: So good me and Pasta Paul almost conspired not to publicize it. Don't sleep on this absolute dancefloor bomb! Vocal and dub are killer; basement buggin' red light shit. NEED.