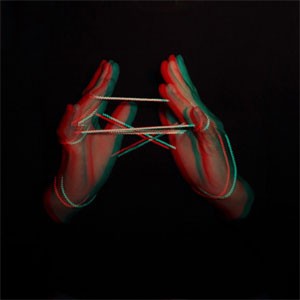 For most, a brush with death would be cause for retreat, reflection, and reluctance, but Seattle band La Luz found something different in it: resilience. Having survived a high-speed highway collision shortly after releasing their 2013 debut LP It’s Alive, La Luz, despite lasting trauma, returned to touring with a frequency and tirelessness that put their peers to shame. When it came time to record Weirdo Shrine, the goal was to capture the band’s restless live energy and commit it to tape.

In early 2015, Cleveland and Co. adjourned to a surf shop in San Dimas, California where, with the help of producer/engineer Ty Segall, they realized this vision. Tracking most of the album live in shared quarters, La Luz chose to leave in any happy accidents and spur-of-the-moment flourishes that occurred while recording. The resulting album is a natural evolution of the band’s self-styled “surf noir” sound—a rawer, turbo-charged sequel that charts themes of loneliness, infatuation, obsession and death across eleven tracks, from the opening credits siren song of “Sleep Till They Die” to the widescreen, receding-skyline send-off of “Oranges” and its bittersweet epilogue, “True Love Knows.”