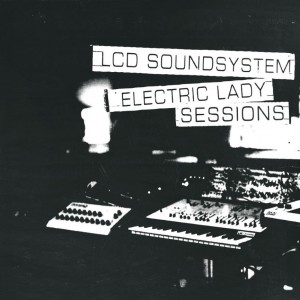 Much like 2011's "London Sessions" (a live set recorded in the wake of their triumphant Glasto performance, "Electric Lady Sessions" captures LCD Soundsystem at the height of their powers in the midst of the riotious "American Dream" tour. Taking over New York's Electric Lady studios in January 2018, the band ripped through some of the finest moments from their latest album alongside fan favourites "You Wanted A Hit", "Get Innocuous" and "Home" as well as a trio of cover versions.
Incredibly, the group manage to pack the power, precision and loose limbed energy of their live shows onto wax, most notably when the Talking Heads-styled "Home" morphs into a KDJ-meets-Terje take on Chic's ecstatic "I Want Your Love", an ultimate record geek freak out. UK fans will also enjoy the Sheffield synth pop classics which bookend the set, namely James & co's versions of Human League's epic "Seconds" and Heaven 17’s disco-not-disco killer "(We Don't Need This) Fascist Groove Thang". The best band in the world at their best folks!