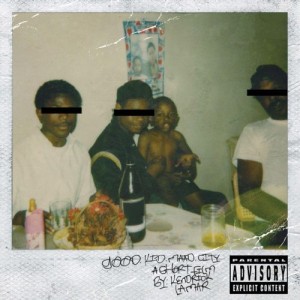 10th anniversary re issue - 'Good Kid, M.A.A.d City' is the second studio album by Kendrick Lamar. It was released on 22nd October, 2012, through Top Dawg Entertainment, Aftermath Entertainment and Interscope Records. The album features guest appearances from Drake, Dr. Dre, Jay Rock, Anna Wise, and MC Eiht. It is Lamar’s major label debut, after his independently released first album Section.80 in 2011 and his signing to Aftermath and Interscope the following year.

Good Kid, M.A.A.D City features production by Dr. Dre, Just Blaze, Pharrell Williams, Hit-Boy, Scoop DeVille, Jack Splash, and T-Minus, among others, contributing to the album. Billed as a “short film by Kendrick Lamar” on the album cover, the concept album follows the story of Lamar’s teenage experiences in the drug-infested streets and gang lifestyle of his native Compton. The album earned Lamar four Grammy Award nominations at the 2014 Grammy Awards, including Album of the Year.