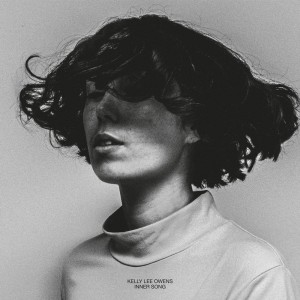 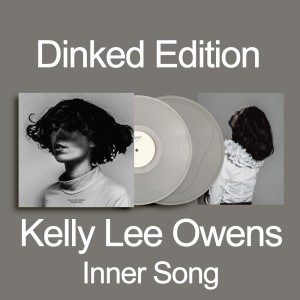 Kelly Lee Owens' masterful second album "Inner Song" finds the convention-blurring techno producer and singer/songwriter diving deep into her own psyche—excoriating the struggles she's faced over the last several years and exploring personal pain while embracing the beauty of the natural world. It's a leap in artistry from a musician who burst forth on the scene with a confident, rich sound, and "Inner Song" is endlessly enticing when it comes to what Owens is capable of.

"Inner Song" follows the star-making debut of her 2017 self-titled album, a quixotic blend of body-moving beats and introspective songwriting that garnered numerous accolades from the music press. Owens has indeed come a long way from her background as a nurse, since then she has remixed Bjørk & St Vincent, released an indelibly clubby two-tracker, 2019's "Let It Go" b/w "Omen," and teamed up with likeminded auteur Jon Hopkins on the one-off "Luminous Spaces."

Her latest album also comes off of what Owens describes as "the hardest three years of my life," an emotionally fraught time that, in her words, "Definitely impacted my creative life and everything I'd worked for up to that point. I wasn't sure if I could make anything anymore, and it took quite a lot of courage to get to a point where I could make something again." So while the lovely cover of Radiohead's "Arpeggi" might strike some as an unconventional way to open a sophomore effort, to Owens the winding take on the classic tune—recorded a year before work on "Inner Song" properly kicked off—represents the sort of sonic rebirth that's so essential to Inner Song's aura.

"Inner Song" was largely written and recorded over a month last winter. As with her debut, Owens holed up in the studio with co-producer and collaborator James Greenwood —and letting loose in the studio and being open to whatever sonic whims emerge was essential to Owens' craftwork. The evocative title of the album is borrowed from free-jazz maestro Alan Silva's 1972 opus, which was gifted to Owens by Smalltown Supersound's Joakim Haugland for her 30th birthday: "I'm so grateful for him and his perspectives—he's always thinking outside of the box. Those two words really reflect what it felt like to make this record. I did a lot of inner work in the past few years, and this is a true reflection of that." The hair-raising bass and tickling textures of "Inner Song" drive home that, more so than ever, Owens is locked in to delivering maximal sonic pleasure—as evidenced by the decision to make the album's vinyl release a sesqui album, or triple-sided album: "I'm still obsessed with frequencies that don't do well on vinyl if they don't have the space."

"The power of conceptualizing who you are has really informed this album," Owens states about Inner Song's essence, and her second album is truly a discovery of self— the latest statement from a fascinating artist who continues to surprise, gesturing towards a rich and varied career to come.

Patrick says: Three years on from her championship season and KLO returns to the long format with a deeper, more refined distillation of her trademark techno pop style. If her debut album delivered on the promise of those early singles, ‘Inner Song’ offers us a dizzying premonition of just how far she could go.

By her own admission, this album emerged after the hardest three years of her life, and even a cursory scan of the lyrics hints at a little darkness before the dawn. “‘On” and “L.I.N.E.” explore the end of a troubled relationship, “Melt” references the climate crisis and “Wake Up” warns against extended screen time. Rather than wallowing in the melancholy though, Kelly strikes an optimistic tone, serving a resilient reminder that we all have the power to overcome adversity, mirrored in the vital beats and healing frequencies which underpin her emotive songwriting.

Much like Arthur Russell, an early inspiration, Owens revels in the space between genres, providing a fresh perspective on established styles. Crystalline electronics sit beneath a shoegaze shimmer on “Night”, the bastard offspring of the Cocteau’s and Kraftwerk in a fresh pair of dancing shoes. “Re-Wild” splits the difference between futuristic RnB and taut Detroit techno, a new Minimal Nation woozy on lean, while “Jeanette”, a celebration of the life of her nan, renders an organic landscape in precise electronics.

On this complex yet cohesive album, Owens tackles serious subject matter with poetic sensitivity, pop hooks and thunderous beats, all the while retaining the ethereal beauty of her Welsh heritage.