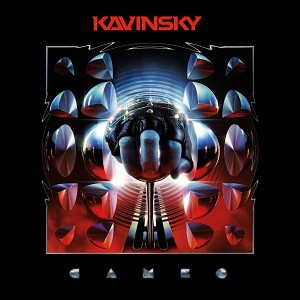 “Cameo” is the third and last stepping stone which lead to Kavinsky’s long-awaited new album “Reborn”, out March 25th. Its raging funky beat and syncopated synths offer the most perfect case for American sensation Kareen Lomax to deliver a warm though exhilarating vocal performance. Robot disco guitar bumps all along and that secret recipe everyone knows was invented iin Paris. Yet another humongous track by the and only dead & alive 88.1 to 107.9 FM fiend.

A1. Cameo
B1. Cameo (Instrumental)