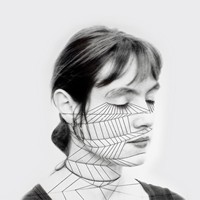 ‘In The Silence Electric’, the latest record in Julie’s Haircut’s long history of sonic otherworldliness is notable for its deft balance between hypnotic radiance and extrasensory intensity, between beatific calm and palpable anger. Yet it’s also a record which has arrived through a strange process of osmosis from a band confident enough to let subconscious and metaphysical aspects steer them in the appropriate directions. “We embraced the incidents, letting the songs guide us to their final form rather than trying to force them in a precise direction” confirms the band’s Luca Giovanardi.

For all its divings, this is a collection of supremely confident and cohesive ditties that sees the deep-end diabolism and mantric intensity of the Italian-based band’s Rocket debut, 2017’s ‘Invocation And Ritual Dance Of My Demon Twin’ expanded into a righteous fury and incandescent splendour. Whether it’s the heavy-lidded rapture of ‘Lord Help Me Find The Way’ (like Spiritualized transposed to 1970s Berlin), the menacing dream-state of ‘In Return’ or the Suicide-damaged psychic assault that is ‘Sorcerer’, all is subsumed by a bold singularity of intent, amidst a colourful firestorm of electronic monomania, jazz-tinged atonality and indelibly memorable vocal hooks.

“There’s a theme springing from the title of the record and the (cover) photos of Annegret Soltau that deliver some sense of helplessness, suffocation, difficulty in communication” notes the band’s Luca Giovanardi. Yet for all this - and paradoxically enough - ‘In The Silence Electric’ is both this mysterious and rebellious band’s most adventurous and most direct record to date - not to mention an ever more compelling transmission from renowned experts in altered states

Barry says: This arresting new LP from Julie's Haircut swims with the hazy psychedelic undercurrent label Rocket Recordings has become known for, having been home to titans Gnod, Josefin Ohrn, Goat etc. While there are definitely similarities in terms of influences, JH have maintained a singular sound and hypnotic otherworldliness, a precise and uncompromising vision, and a refined outcome only they could have produced.

Julie's HaircutInvocation And Ritual Dance Of My Demon Twin