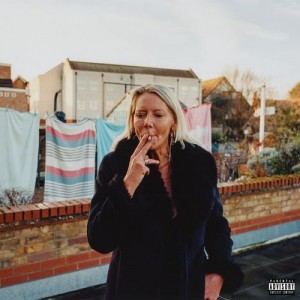 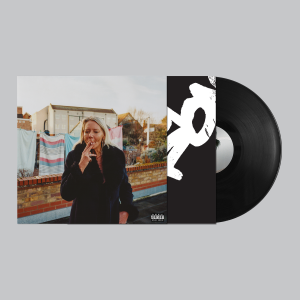 Just as important are the voices of Joy Orbison's family - mum, dad, sister Sarah, uncle Frankie, uncle Keith (recently departed), auntie Helen and cousins Lola and Mia, as well as Leighann, who was the first person to introduce him to drum and bass and garage as a kid and stars on the mixtape’s cover art.

They appear throughout the record via a series of voice notes, his only contact with his family during this year of worldwide lockdown and an intimate, vicarious glimpse into the personal world of an artist who has generally side-stepped the public gaze.

It's a long time coming since 2009's "Hyph Mngo" revolutionized and married the worlds of bass and techno together. Instrumental in advancing dance music and merging tribes of different electronic genres together, his Sunklo items have become treasured artifacts of dance music lineage and it seems utterally bewildering that it's taken him until now to release a full length album.

Painfully succinct, delicately poised and highly advanced; all the trademarks that mark this singular and innovative producer / DJ. Sequenced to perfection and playing more like a mixtape tape than a collection of individual tracks, you'll struggle to take the needle off the record until its completion I can assure you! Highly recommended!

Matt says: Can you believe this is Joy-O's first long player?! His tracks seem to have influenced and soundtracked the better dancefloors of the last decade on a near-permanent basis. Over a transient, constantly-morphing LP we get the skitty, advanced kinetics; emotive washes and his shadowy, blurred vox all showcased at their most intimate and astonishing. One of our royal treasures of electronic music.