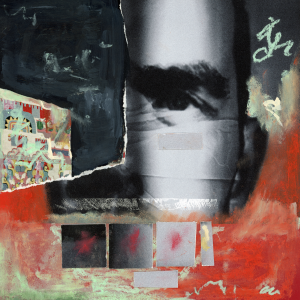 Multi-instrumentalist, vocalist, producer, and songwriter Jordan Rakei returns with his fourth studio album, "What We Call Life’". Diving even deeper into his sound world, merging electronic with acoustic, and rugged grooves with ambient atmospheres, to create something richer, more detailed, and more textural than before. Rakei, already a practitioner of meditation and mindfulness, was curious about the potential of using therapy for further self-discovery. During the process, he began to learn more about his behaviour patterns and anxieties, and addressed his long-standing irrational phobia of birds – a fear often associated with the unpredictable and the unknown, and something explored in the album’s creative direction and visuals.

‘What We Call Life’ is Jordan Rakei’s most vulnerable and intimate album to date. Its lyrics concern the lessons that the New Zealand-born, Australia-raised, and London-based artist learned about himself during therapy, a journey that began two years ago when he started reading about the ‘positive psychology’ movement. These themes manifest on songs like lead single “Family”, which Rakei says is “the most personal” he’s ever been with his lyrics. “I wanted to hit my vulnerability barrier and be really honest. It’s about my parents’ divorce in my mid-teens but still having love for them no matter what,” he explains.

Artwork was created by Canadian-born, Los Angeles-based visual artist Justin Tyler Close (who has worked previously with the likes of Laura Marling), who resonated with the themes on Rakei’s album. The image was created in a remote photo shoot, with Rakei sending images over the internet that were projected onto a sheet and photographed by Close. The melancholic images reflect the title of the record, a question that Rakei would sometimes ask himself during a period of his childhood in which he suffered a great deal of anxiety: Is this what we call life? Rather than accepting defeat, the title is today a commentary on the more happy, confident, and assured person and artist that Jordan Rakei is today