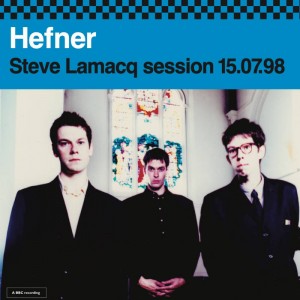 Indie favourites Hefner were to become regulars at the BBC’s Maida Vale Studios with both Steve Lamacq and John Peel vying for their services. This is the group’s first-ever BBC session, recorded for Lamacq soon after the release of their debut LP; among the four songs is live favourite Twisting Mary’s Arm, which was usually the closing song of their live set. According to Darren Hayman, they intended never to record it but eventually relented. Gatefold package also includes free downloads of original BBC files and a set of postcards.