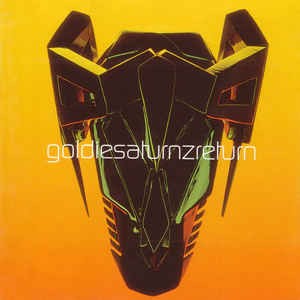 Goldie’s 1995 debut album "Timeless" changed the face of music culture. Bringing the nascent drum & bass scene to the masses, the album careered into the Top 10 and hit a number of Album Of The Year polls, with Goldie becoming a star in the process. However, while everyone was eagerly anticipating a repeat of the "Timeless" formula, Goldie had other ideas. Instead, he pushed his creativity to the max and released "Saturnz Return". Brave, innovative, experimental and bursting with emotion, the two-disc 150-minute album proved to be one of the most bold and divisive sets in history. The groundbreaking set featured David Bowie, Noel Gallagher and KRS-One.

Now with a 21st Anniversary Edition released via London Records, all of the original tracks on the album have been remastered specifically and the 3CD collection also adds a third volume of bonus material. It compiles brand new remixes alongside remastered remixes - which receive their first release on CD - as well as other rarities. The collection also adds three rarities that were discovered in Goldie’s personal archive, all of which shine fresh light on the influence that classical music had upon him. These consist of the string arrangement for "Mother", plus early instrumental versions of "Dragonfly" and "What You Won’t Do For Love". It’s completed by remixes that were discovered in the London Records archive. Now remastered and making their debut on CD, these include rare mixes from Optical, MJ Cole and Grooverider.