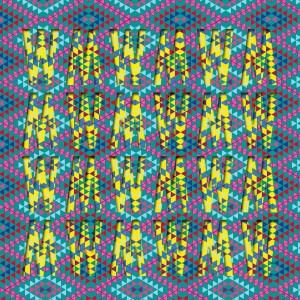 When the mysterious masked collective calling themselves Goat first emerged in 2012, armed with an incendiary debut album ‘World Music’ and a backstory for the ages – the band’s anonymous members hailing from the remote village of Korpilombo in northern Sweden, where inhabitants had for centuries been devoted to a form of voodoo introduced by a travelling witch doctor – there was, and there still isn’t, anyone else on earth quite like them. Their mythology enticing, their music full of sinuous grooves and manic explosions of fuzz, Goat were outliers from the very beginning.

‘World Music’ received an avalanche of acclaim with critics, psych heads, outernational crate diggers etc, all left enraptured by its thunderous intensity, conjured from a singular mix of sounds from across the globe.Now, exactly a decade later, Rocket Recordings and the band have decided to dust-off the original recordings of ‘World Music’ and pass them over to the capable hands of the team at the legendary Abbey Road Studios to remaster the tracks and make them shine like they have never before.

The results are better than we could have hoped. New details within the tracks have been revealed and - most importantly - the fuzz is even more explosive than before. You hear every crackle of electricity as it flows through the pedals. ‘World Music’ s famous die-cut sleeve has been updated too, the colours of the eye-popping pattern have been reversed from the original, making this package even more desirable. The album is brimming with tracks now seen as ‘classic’ Goat live favourites. Tracks that have been wowing audiences all over the world; the afrobeat stomp of ‘Disco Fever’ , the fuzz abuse of ‘Goathead’, the post-punk groove of ‘Let it Bleed’, the sing-along repetitive pop of ‘Run to your Mama’ ...From the first note to the last, ‘World Music’ oozes with a sonic confidence rarely seen on a debut album.

Over the last 10 years many bands have tried to recreate the addictive ingredients which make up Goat ’s cosmic soup, but none have ever come close to getting the recipe right. What Goat have is unique. They have an unsurpassed level of authenticity and honesty that makes them stand head and shoulders above all their imitators. They’ve managed to create a sound unrestrained by genre boundaries. There literally is still no other band on earth that sounds quite like them