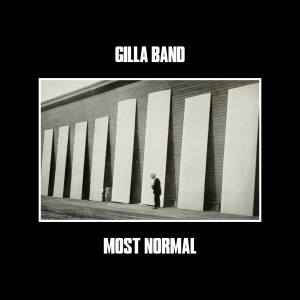 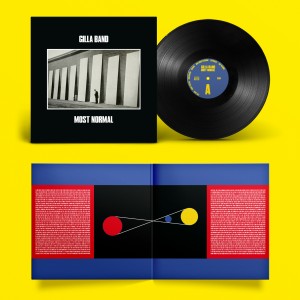 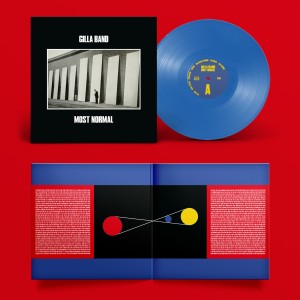 For their first album as Gilla Band, (formerly Girl Band) the foursome has redrawn their own paradigm. Most Normal is like little you’ve heard before, a kaleidoscopic spectrum of noise put in service of broken pop songs, FX-strafed Avant-punk rollercoaster rides and passages of futurist dancefloor nihilism.

Covid lockdown robbed Gilla Band of any opportunity to try the new material out live, but the pandemic also incinerated any idea of a deadline for the new album. They were free to tinker at leisure, to rewrite and restructure and reinvent tracks they’d cut – to, as drummer Adam Faulkner puts it, “pull things apart and be like, ‘Let’s try this. We could try out every wild idea.”

The group also fell under the spell of modern hip-hop, “where there’s really heavy-handed production and they’re messing with the track the whole time,” says Fox. “That felt like a fun route to go down, it was a definite influence.”

Most Normal opens with an absolute industrial-noise banger that sounds like a manic house-party throbbing through the walls of the next room as a downed jetliner brings death from above. What follows is unpredictable, leading the listener through a sonic house of mirrors, where the unexpected awaits around every corner.

The common thread holding Most Normal’s ambitious Avant-pop shapes together is frontman Dara Kiely. Throughout, he’s an antic, antagonistic presence, barking wild, hilarious, unsettling spiels, babbling about smearing fish with lubricant or dressing up in bin-liners or having to wear hand-me-down boot-cut jeans (“It was a big, shameful thing, growing up, not being able to afford the look I wanted and having to wear all my brother’s old clothes”, says Kiely).

Most Normal, then, is a triumph, the bold work of a group who’ve taken the time to evolve their ideas, to deconstruct and reconstruct their music and rebuild it into something new, something challenging and infinitely rewarding. It’s a headphone masterpiece. It’s a majestic exploration of the infinite possibilities of noise. It’s a bold riposte to your parochial beliefs on whatever a pop song can or should be. It’s the best work these musicians have put to (mangled) tape.

Liam says: Their first LP under new moniker Gilla Band (formally Girl Band), 'Most Normal' sees the Irish quartet further expanding on their already established brand of pummelling noise rock, whilst also incorporating elements of 00s dance-punk - especially with the James Murphy-esque delivery on album closer 'Post Ryan'. Infectious and full of catchy rhythms, 'Most Normal' is far from normal and is an exciting new future for Gilla Band. Also for fans of old, don't be deterred, this is still the LOUD Gilla Band we all came to initially love.