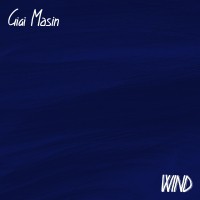 Record Label
The Bear On The Moon

Restored and re-mastered from the original tapes comes Gigi Masin’s much sought after first album ‘Wind’. Never commercially released the LP was in fact only given away at a number of small concerts, with many of the remaining copies destroyed during floods in the Venice based musician’s house.

Quickly becoming seen as something of a landmark ambient album in recent years, “Wind” is now lovingly presented again in it’s entirety. True to it’s original private issue it is once again being made available through Gigi Masin’s very own The Bear On The Moon Records.

Patrick says: An awe-inspiring masterpiece from the king of Italian ambient, "Wind" could put Body Shop out of business. Let the cool synths and breezy trumpets wash over you and you'll never need to bathe again.