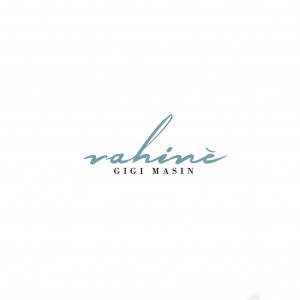 Gigi Masin returns with ‘Vahinè' - a mini album of beautiful and distinct music that is unmistakably his and sounding as good as ever. Masin always pours his heart into composing, but here it takes on a potent new level of heavy emotion - as it’s a tribute to his late wife, who sadly passed away last year.

"There is a Tahitian dance called ‘Aparima’. It consists of graceful, sinuous and fascinating movements, which tell you stories and legends about love or tradition. The ‘Vahinè' are now dancing, the Tahitian females, with smiles and gestures that could be symbolic or descriptive but are always gentle, harmonious, charming. I was watching this documentary, it was almost 4 in the morning, but I couldn't sleep; I was in front of the television for hours, my wife had passed away the day before, and I was watching hands and arms swaying. I told myself that maybe it’s so, at the end of the road it’s possible to realize dreams, and I’m sure that she is finally able to dance like never before, and is able to move without any impediment, with no suffering, free to make all the movements that she couldn't make for so long, turning to me with a smile and a wink. So, in the clouds, you will discover and see an extraordinary 'Vahinè', because she will move and dance and smile until the end of time.” – Gigi Masin

A future-retro dreamscape where stripes of early evening sun pour through partially closed venetian blinds; kalimba, piano and steel pans meet on the incredibly evocative ‘Marilene (Somewhere in Texas)’. The Balearic/Italo house heart of ‘Barumini’ throbs throughout a celestial epiphany, whilst ‘Shadye’ is a sun blinded ambient mirage where angelic voices and electric guitar intertwine, before more heavenly music ensues on the trance-like ‘Malvina’.

A heart-wrenchingly beautiful evocation of transitioning to the other side, ‘Valerie Crossing’ is Gigi’s compelling and inspirational take on death, with a vivid evocation of something spiritual, existential and metaphysical. His exemplary approach shows decease not as a cause for despair, but a philosophical and poetic exploration of where souls go, when they leave their earthly bodies.

Masin closes with ‘Vahinè' – a twitchy, levitational piece of sublime deep techno, which transmits high strength vibrations of powerful emotions. On both this track, and the album of the same name, there’ s no pseudo intellectual ambient posturing with cod academic angles tagged on; This is music of real substance, coming from a real place. It’s saturated with feelings, but turns mourning into affecting art, and even a beacon of hope.

Matt says: The astonishing and majestic return of Gigi Masin with a selection of new material sure to leave you breathless. Perfectly encapsulated serenity, glacial meditations, enchanted marimbas; it's an intoxicating mix for horizontal dwellers and dreamers of the night.