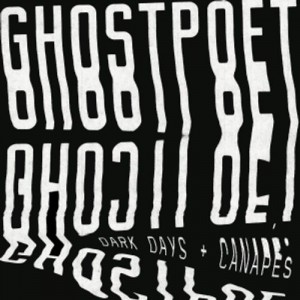 THIS IS A BLACK FRIDAY RELEASE AVAILABLE INSTORE OVER THE COUNTER FROM 10AM ON NOVEMBER 26TH.

ANY REMAINING ITEMS WILL BE AVAILABLE ONLINE ON SATURDAY NOVEMBER 27TH FROM 8AM.

Out of print for a few years – now re-released on clear vinyl exclusively for Record Store Day Black Friday 2021.

A stunning and stimulating return, Dark Days and Canapes is a record that captures the sense of unease felt by so many in recent times. After receiving recognition for the beat-driven arrangements of his first two albums, third album Shedding Skin initiated a more alt-rock sound that saw Ghostpoet Mercury nominated for a second time. Dark Days and Canapés, produced by Leo Abrahams, best known for his work with Brian Eno and Jon Hopkins, delves even further into a fuller, guitar driven sound.

Limited to 500 copies for the UK and Ireland.

GhostpoetSome Say I So I Say Light