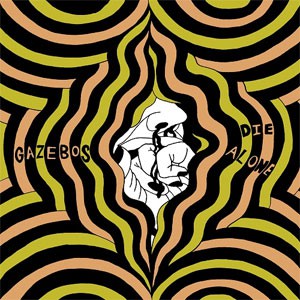 Recorded in guitarist TV Coahran’s basement onto an 8-track and engineered by Kurt Bloch (Fastbacks). Tracks 7 and 8 are covers - “There Are Worse Things I Could Do” was originally performed in the musical Grease (written by Jim Jacobs and Warren Casey), and “Not Allowed” was originally written and performed by Californian post-punks Suburban Lawns. This is the debut release from Gazebos.